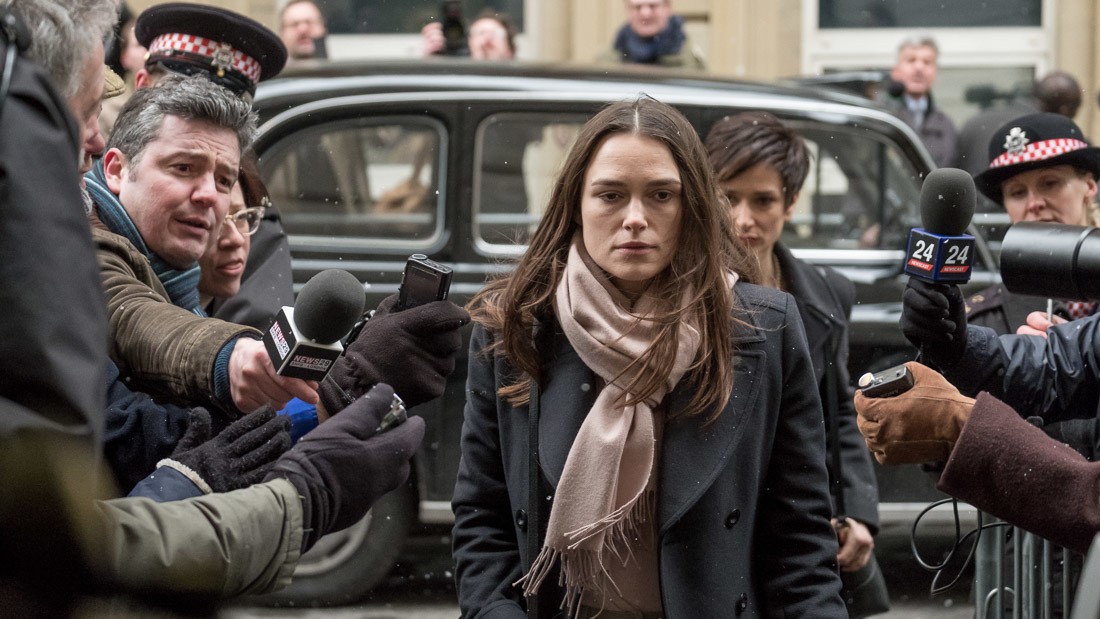 Keira Knightley, who just gets better and better, is the focal point in this thoughtful and gripping drama. Look out too for Ralph Fiennes, Rhys Ifans, Matthew Goode and Tamsin Greig, playing assorted politicians.   It’s based on the true story of British Intelligence whistle-blower Katharine Gun (Knightley) who, in 2003, leaked a top secret NSA memo exposing a joint US-UK illegal spying operation targeted at members of the United Nations.  Journalist Martin Bright (Matt Smith) published the leak in The Observer and the story made headlines around the world.   Then the backlash, as both were charged under the Official Secrets Act.

“A morality tale for the 21st century.”  IMDB